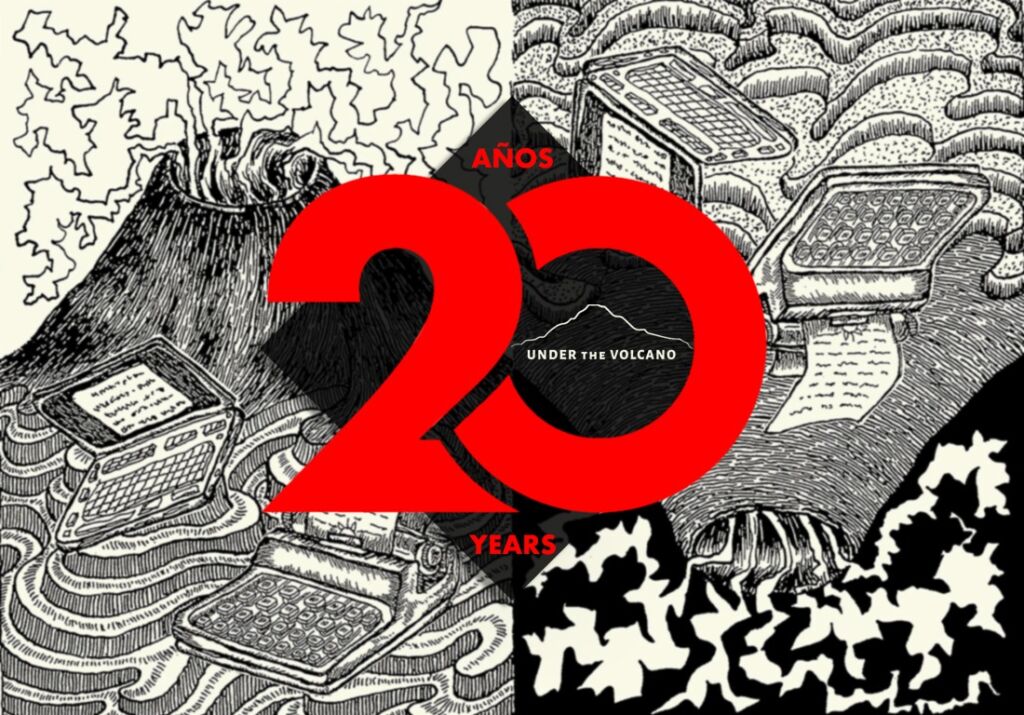 In January 2023, Under the Volcano inaugurates its 20th anniversary season.

Come celebrate with us!

On January 6th, Under the Volcano 2023 will welcome its twentieth cohort of accomplished poets, novelists, essayists and reporters to Tepoztlán as part of a unique community of writers from across the English- and Spanish-speaking worlds.

At the same time, we’ll launch our newest Community of the Imagination, a series of linked conversations with distinguished writers, journalists and scientists designed to inspire the writers of Under the Volcano to see their work on a larger canvas of ideas.

Watch this space for further details on the full cycle of conversations and celebratory events as we confirm additional distinguished participants.

Bringing the world closer and building connections across borders…